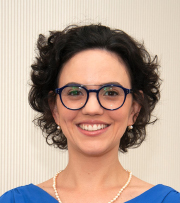 Master of Laws in Public Law by the London School of Economics – LSE (2004).

Master (2012) in Public Law by the Law School at the Universidade de São Paulo – FADUSP. The dissertation presents an Analysis of Regulatory Impact from the view of Brazilian law.

PhD (2015) in in Public Law by the Law School at the Universidade de São Paulo – FADUSP. The thesis proposes thought regarding the quality of regulatory agencies in Brazil based on quality indicators.

Researcher of the Centre of Regulation for Democracy from INSPER.

Author of the book “Análise de Impacto Regulatório: uma ferramenta à disposição do Estado” (Regulatory Impact Analysis: a tool available to the State) published by Editora Forum (2013) and of articles about administrative law and regulation.